What are you missing without Time-Lapse?

Diana Stein, embryologist for over 30 years and Lab Director of Laniado Hospital-Sanz Medical Center (Israel) and a MIRI® Time-Lapse user, had an initial impression after a quick look of the embryo status morning of Day 2 to transfer the embryo on the right, based on its more advanced and slightly better morphology.

However, after review of its time-lapse video she decided to replace it with the one on the left due to Direct Cleavage of the embryo from 2 to 5 cells. Embryo on right continued to develop and was vitrified on Day 4.

Patient delivered a healthy baby girl from D2 replacement of embryo on left. Diana considered this as one of her many “ah-hah” moments.

An embryo was initially decided for transfer due to a better morphology score. However, the time-lapse video revealed DCL. Another embryo next to the first chosen one was transferred instead.


Conventional embryo classification only scores embryo morphology at a few predefined time points during its pre-implantation development, with the consequent lack of information about what happened between the analyzed time points. There might be unusual cleavage patterns missed out with the conventional scoring that could help in assessing the embryo’s ability to implant. Thus, continual monitoring through time-lapse provides one strategy to collect a complete picture of embryo developmental kinetics.

What are you missing with standard observation at fixed times?

These “abnormal” events may cause chromosomal abnormalities in the affected embryo which are correlated with decreased implantation, decreased pregnancy rates and spontaneous abortion. 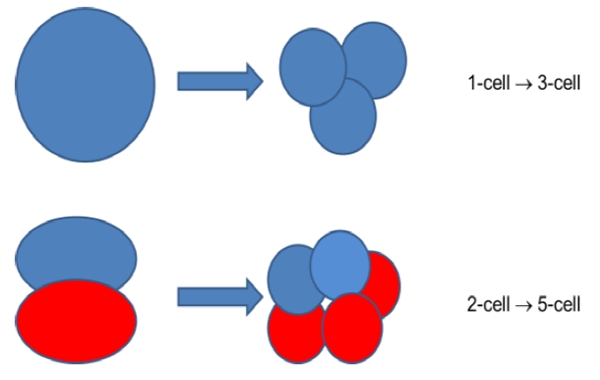 A retrospective analysis by Rubio, et. al (2012) demonstrates that direct cleavage from two to three cells, or also known as DC2-3, have a statistically significantly lower implantation rate than embryos with a normal cleavage pattern. Around 14% of the total embryonic cohort (715 cases out of 5,225 studied) underwent direct cleavage, making this as a relevant and important morphokinetic parameter for clinical use.1 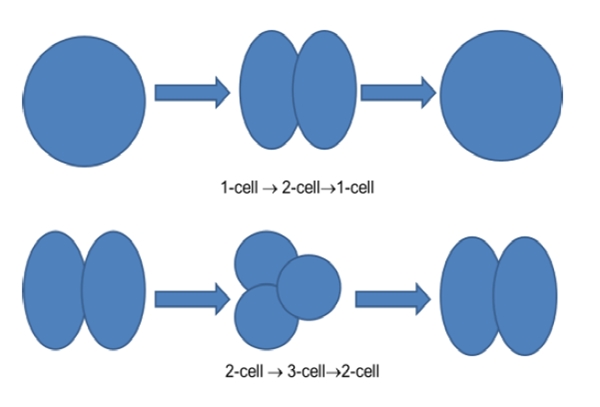 Cleavage-stage embryos that were observed to reduce in cell number are said to undergo a process referred to as reverse cleavage or blastomere fusion. In the majority of cases, two blastomeres of an embryo fuse resulting in a hybrid cell containing two nuclei.

In a study by Liu et. al (2014), about 27.4% of embryos underwent Reverse Cleavage during the first three cleavage cycles.2


Numerous studies have shown that multinucleation impairs embryo viability. Hence, in many embryo grading systems, multinucleation detection is an important parameter. However, in conventional scoring multinucleation may occur at different times during the developmental period and can disappear in a very short period of time.3 With time-lapse microscopy it is possible to evaluate multinucleation at optimal timepoints such as midpoints between cell division events.

Previous Resources Why Maintaining CO2 Balance is Important
Next Resources Are We on the Same Page? A Guide to Time-Lapse Nomenclature and Annotation
We use cookies on this site to ensure the best service possible.